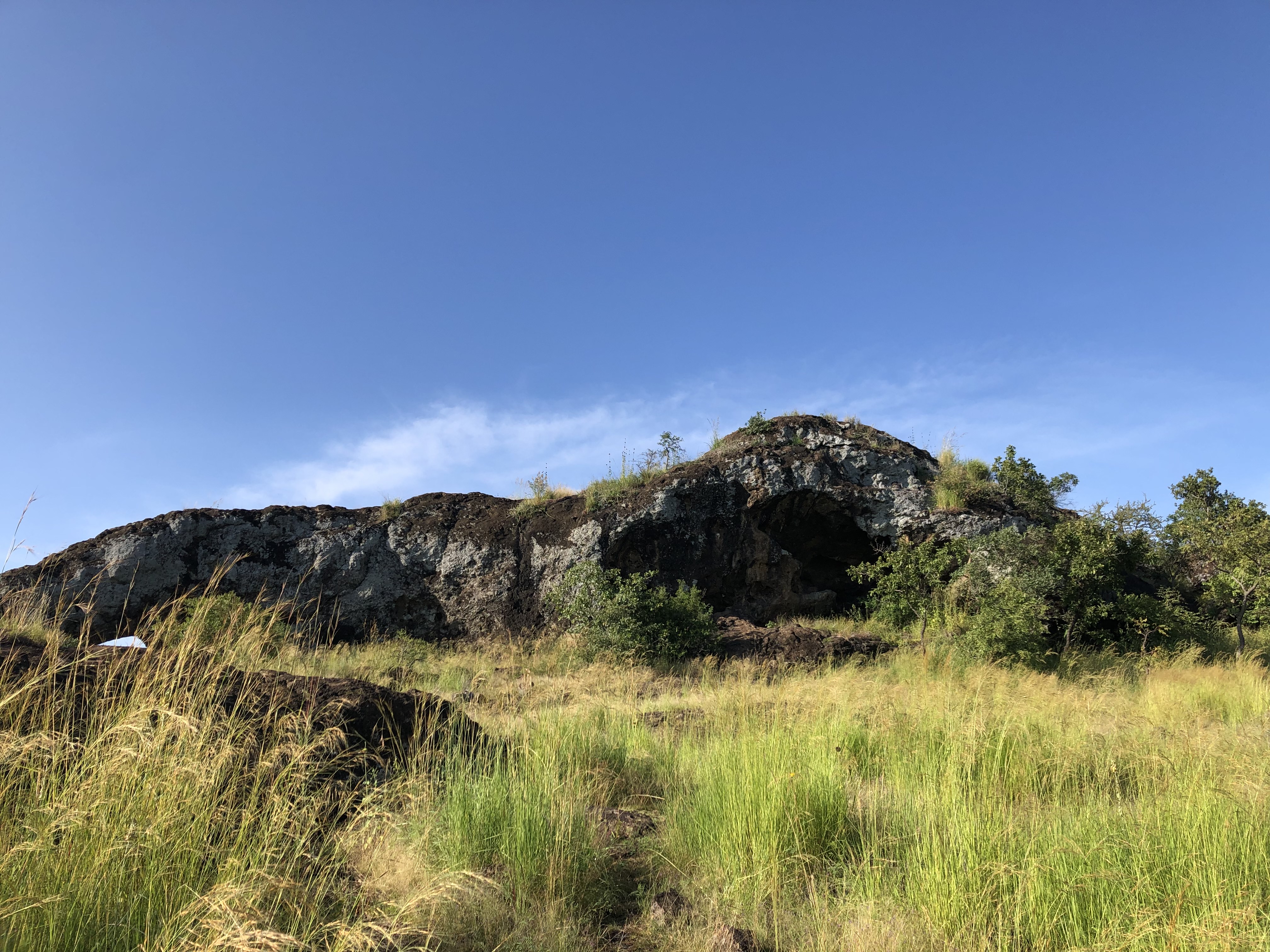 “Africa condensed in one country,” or “The Pearl of Africa” are some of the expressions used to describe Uganda because of nature’s gifts to her. Abundant wildlife is one of these gifts. Uganda’s wildlife population has continued to thrive because of her wildlife reserves. Each reserve is home to all forms of wildlife; from mammals like the African elephant and vast primate species to the smallest of rodents. Their views are picturesque with undulating terrains, diverse vegetation coupled with abundant activities to indulge in when you visit the wildlife reserves on a safari to Uganda. Here are some of the reserves to visit while in Uganda.

Situated on the west bank of the Albertine Nile in north western Uganda – Arua District the Reserve sits on 166 square kilometers of land. Grass plains, sparse savannah woodland and swamps would best describe the site’s topography. With Marabou stocks, African Fish eagles and Grey-crowned cranes having their home here, birding is a must-do activity at this reserve. Nature walks and game drives can be taken by those who visit the Ajai wildlife reserve. You will catch a glimpse of the Uganda Kob, Hartebeest, Warthog, Hippopotamuses, Leopard, Oribi, Crocodiles, Python Snakes, Waterbucks, Sitatunga, Buffalo, Common Duiker, Olive Baboon, Black and White Colobus, and Vervet Monkey while on a nature walk or game drive. Plans are underway to reintroduce rhinos and the Nile buffalo given that the reserve was originally home to white rhinos.

The Bokora Corrridor Wildlife Reserve is located in North-Eastern Uganda in the Karamoja sub region and derives its name from the ethnic group of the Bokora people.  It sits on acreage of 2056 square kilometres. Birding at the Loporokocho swamp, hikes to Mount Kadam and nature walks are the activities available at this reserve given the bounty of wildlife species and bird species. The most sought after animals in the reserve include the Rothschild’s Giraffe, Spotted Hyenas, Leopards, The Topis, Oryx, Oribis, Cheetahs, Reedbucks, Striped Hyenas, The Uganda Kobs, The Lesser Kudu, Buffaloes, Lions, Zebras, Roan Antelopes and Elands. The Ostrich, Dusky Turtle Dove, Eastern Bronze-Napped Pigeon, Grey Cuckoo-Shrike, The Hartlaub’s Turaco, African Hill Babbler, Alpine Chat, Jackson’s Hornbill, Mountain Yellow-Warbler, Black-Throated Wattle-Eye, Lemon Dove, White-Headed Buffalo-Weaver and Thick-Billed Honey Guide are some of the birds to tick off your bird checklist while at the reserve.

The reserve is nestled between the Bulisa and Masindi districts at the base of the rift valley escarpment to the western side of Murchison Falls National Park. It covers 473 square kilometers which are home to 600 Uganda Kobs, 1200 Oribis among other animals and 240 bird species. The well maintained trails at the reserve allow tourists the chance to enjoy a game drive, nature walks and other activities such as community visits to experience the cultures of the people living near the reserve, camping, picnics and bird watching.

Kabwoya Wildlife Reserve is found along the western rift valley trail between Murchison Falls Park and Kibale Forest Park and covers 87 square miles. Given that the reserve is in the Albertine rift valley region and therefore close to Lake Albert, fishing is a must-do activity while visiting the reserve. The ideal catch would be the Nile Perch although there are many fish species to choose from.  The absence of predators has made guided hikes and nature walks a safe and fun activity to add to your to-do list when in Kabwoya Wildlife Reserve. The reserve’s topography allows mountain bike safaris as well as ATV Quad biking. A particularly rare activity in Uganda is Fossil finding but it can be done at the Kabwoya Wildlife reserve and is quite engaging for those on safari with children. The avid birder on a bird walk will find Kabwoya wildlife reserve a birding delight with over 460 bird species to see.

Like the name suggests, Karuma Wildlife reserve is known for its greatest feature; the Karuma falls yet there is more to this place than watching the dashing waterfalls. It is abundant in primate life and while on a nature walk here you are bound to see the Olive Baboons, Black And White Colobus Monkeys, Vervet Monkeys and L’Hoest Monkeys. The reserve is also home to Buffaloes, Leopards, Rothschild Giraffe, Elephants, Lions, and Antelopes like The Uganda Kobs, Oribis and Topis. Karuma Wildlife Reserve is located in Kiryandongo District.

Kigezi Wildlife reserve is located in Rukungiri District in Western Uganda and covers 265 square kilometers. If your goal is to set your eyes on the African elephant, Kigezi Wildlife reserve is the place for you. It is the sanctuary to elephants moving from the Democratic Republic of Congo to Queen Elizabeth National Park. Other animals that can be viewed include Kobs, Buffaloes Giant Forest Hogs, Bushbucks and Topis as well as multiple Bird Species. If you plan to spend a night at the reserve, prepare to pitch your tent because there are no resorts or lodges within the reserve.

Kyambura Wildlife Reserve is best known for its chimpanzee population making chimp trekking with the guidance of experienced guides the chief activity of this site. The reserve is a water source to the animals in Queen Elizabeth National Park which makes it a hotspot for wildlife viewing. The birder is not at a loss when visiting Kyambura because it is home to bountiful bird species including; Falcons, African Skimmer, African Broad Bill, Pink Backed Pelicans and the White Tailed Lark among others. A guided nature or forest walk should be added to your bucket-list on things to do while at Kyambura. It would be a rewarding walk given the location of the reserve; north east of Queen Elizabeth National Park and close to the Kazinga Channel.

In Northern Western Uganda, north of Murchison Falls-Amuru District is where the East-Madi Wildlife reserve can be found. The reserve rests on 831 square kilometers of land that houses 50 mammals, 181 bird species and 374 plant species making nature walks, wildlife viewing and birding some of the activities to do while at the reserve. There are a number of primates that can be seen including the Blue Monkeys, Colobus Monkeys, Vervet Monkeys and Red-tail Monkeys

Found in the Karamoja sub-region North East of Uganda, Matheniko Wildlife reserve ranks 5th in the most threatened protected conservation areas in Uganda. Inspite of that, the Lesser Kudu, Roan Antelopes, Bright’s Gazelle and Ostriches (which can only be found only here and in the Kidepo National Park) as well as bird species including the Alpine Chat, Grey-Cuckoo Shrike, and Thick Billed Honey Guide can be seen while touring the reserve. Matheniko Wildlife Reserve also has some ancient rock paintings said to date back to 3000 years ago.  Birding, nature walks, community and cultural visits are some of the activities to do while at Matheniko wildlife reserve.

The Toro-Semiliki wildlife reserve gazetted in 1926 is among Uganda’s best wildlife reserves. It is located between the Kabarole and Ntoroko Districts in western Uganda. While on a safari in Toro-Semiliki Wildlife Reserve you can take a boat ride on Lake Albert, go birding, hike a whole 7kilometres to the Nyaburogo Gorge, take a guided primate walk that can last for up to 4hours or visit the local community and watch them perform a traditional dance or make handcrafts.