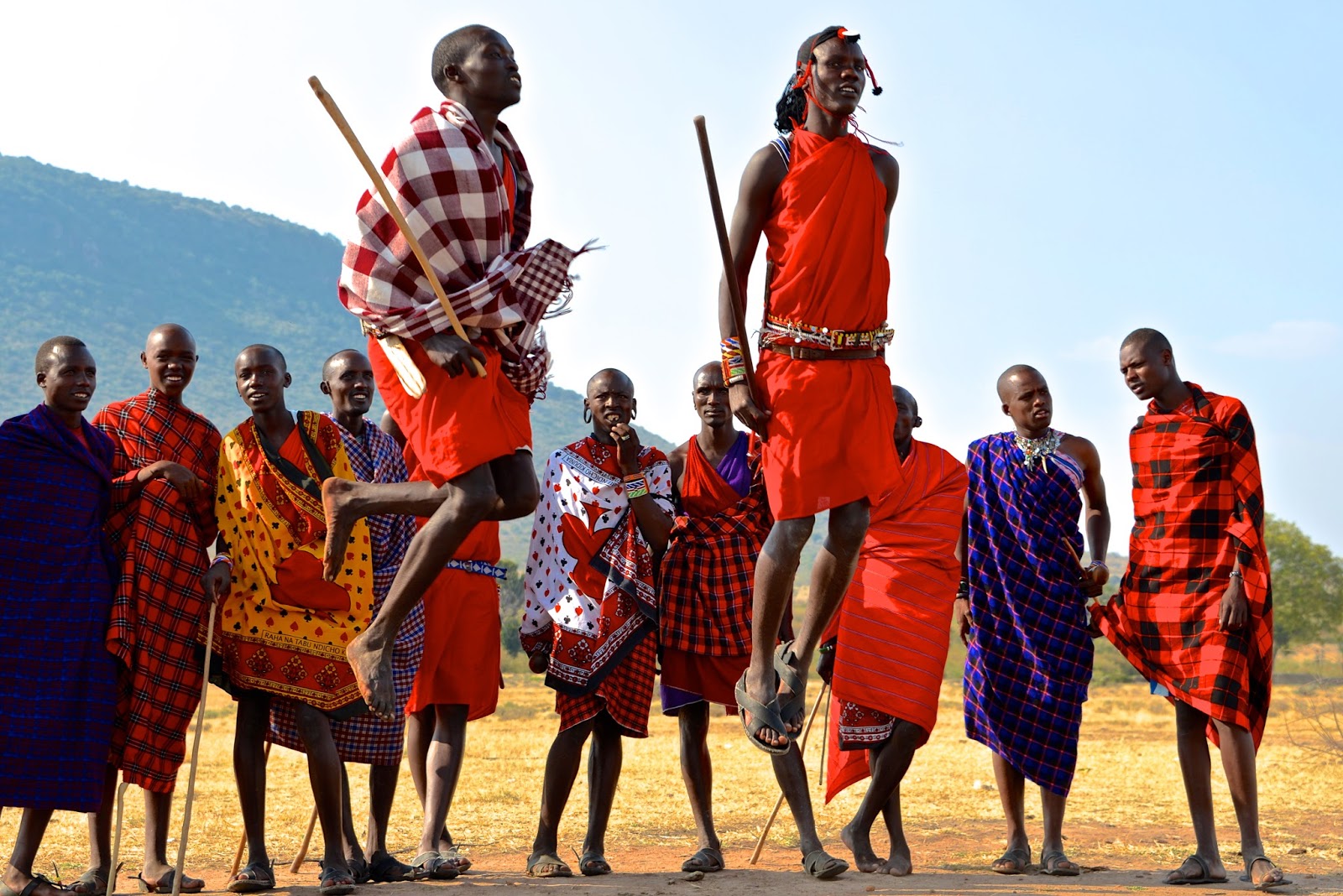 Kenya is located in East Africa and has land borders with Uganda in the west, Tanzania in the south, South Sudan, Somalia and Ethiopia in the north and the Indian ocean in the east. The official languages are English and Swahili. It lies across the Equator and is home to some of the best white sand beaches in the world. Kenya has a land surface of 580,370 square kilometres which allows it to have numerous parks sealed off for conservation and agricultural land for the people.

Kenya is the 47th-largest nation in the world. It is located between latitudes 5°N and 5°S and longitudes 34° and 42°E. It incorporates low plains ascending to the central highlands from the coast along the Indian Ocean. And the Great Rift Valley, which cuts across the mountains. To the east is a rich plateau in upper central Kenya, the Kenyan Highlands. This is one of Africa’s most productive agricultural regions. The highlands are home to Mount Kenya, the second-highest mountain in Africa after Mount Kilimanjaro, which rises to a height of 5,199 meters (17,057 feet).

Kenya climate ranges from tropical along the coast to a temperate interior and arid in the north and northeast. At the coast, it is generally tropical with rainfall and temperatures being higher throughout the year. The coastal cities, Mombasa, Lamu and Malindi, therefore have the air changing from cool to hot, almost every day. However further inside Kenya, the climate becomes more arid. An arid climate is nearly devoid of rainfall, and temperature swings widely according to the general time of the day/night.

Inland especially in central Kenya – the highlands region, the temperatures levels are lower. At night, warm clothes or blankets are needed when the temperature drop to about 10–12 °C every night. On the high mountains, such as Mount Kenya and Mount Elgon shared with Uganda, the weather is generally cold throughout the year.

The season of “long rains” is from March/April to May/June. However, there are “brief rains” from October through November. The afternoons and nights are when it rains the most, and it may be heavy at times. Nonetheless, due to climate change the pattern of rainfall is changing. As a result, the rainy seasons are much longer and sometimes heavier causing floods. The dry months are much drier, shortening the drought cycle from every 10 years to annual occurrences, resulting in severe droughts.

Although Kenya is centred at the Equator, it shares seasons mostly with the southern hemisphere except for the arid north. The warmest summer months are December–March and the coolest winter months are June–August with slight variations of 4 °C, but there are differences in temperature varying with different locations within the country.

Kenya does not have a single dominant culture but several cultures from numerous communities. Notable populations include Swahili on the coast; various Bantu groups in the central and western areas; and Nilotic groups in the northwest. Despite making up a very small portion of Kenya’s population, the Maasai culture is one of the most popular ones, especially in tourism. They are well known for their ornate jewellery and upper-body decorations. Kenya also has a thriving theatre, television, and music culture.

There is a wide variety of linguistic groups from around Africa represented in Kenya’s population. different languages in Kenya fall into three categories – Bantu (Niger-Congo) languages, the Nilo-Saharan group of languages spoken among another third of the population and the Cushitic language, an Afro-Asian tongue spoken in the north. Added to this mixture, Kenya is also home to large populations of Europeans, Arabs, Indians and Pakistanis, many of whom came to the country in the 19th century.

Many Kenyan communities have also adopted westernized or Islamic forms of dress, with their original tribal clothes, jewellery, body ornamentation and weaponry kept for special occasions or celebrations. Communities in the arid and inaccessible north has held unto their traditional culture and way of life compared to the rest.

The main tourist attractions are safaris through its 19 national parks and game reserves. Other attractions include the renowned scenery of the Great Rift Valley, golf courses, tea and coffee plantations, views of Mt Kilimanjaro in Tanzania and the white sand beaches along the Indian ocean especially in Mombasa, Malindi and Lamu with a variety of water sports and aquatic wildlife.

Eco-tourism, conference tourism, cultural and community tourism especially the famous Maasai people, and sports tourism build the rich tourism experience in Kenya. This is evidenced with tourism in Kenya being the second leading source of foreign exchange after agriculture.

Kenya’s tremendous geographic diversity supports a remarkable variety of animals. The Masai Mara, Amboseli, Tsavo East and West, Samburu-Buffalo Springs, Meru, and Laikipia are among the nation’s top national parks and reserves. These are all home to most or all of the Big Five, which include the lion, leopard, elephant, buffalo, and black rhino. For lion and cheetah sightings, we would place the Masai Mara among the top five reserves in Africa. It is also remarkably trustworthy for leopard sightings, as well as for less spectacular predators like a spotted hyena, jackals, and bat-eared fox. One of the best locations in all of Africa to observe elephant interactions up close in Amboseli.

Black and white rhinos can be seen in both healthy and obvious populations in Tsavo West, Meru, and Lake Nakuru. Also, in various reserves on the Laikipia Plateau, making Kenya the second-best spot to watch rhinos after South Africa. The diversity of other animal species is typically more localized. The comparatively damp southern savannah protected by Masai Mara and Amboseli is home to eland, Coke’s hartebeest, topi, Grant’s and Thomson’s gazelle, impala, as well as Maasai giraffe, plains zebra, and warthog. Both reserves have wildebeest as permanent residents, but between August and October, hundreds of thousands of these glum-looking antelope migrate from Tanzania to the Masai Mara.

The more arid northern areas, most notably Samburu-Buffalo Springs, support a diverse group of grazers, including Beisa oryx, Lesser kudu, Guenther’s dik-dik, and the rare long-necked gerenuk. Samburu-Buffalo Springs is also home to the world’s largest wild horse, the critically endangered Grevy’s zebra. It has much narrower stripes than the more common plain zebra. The reticulated giraffe, a northern-only mammal, has a more angular and eye-catching coast pattern than the Masai giraffe.

Kenya is one of the best places in the world to go bird-watching in Africa. A national checklist of over 1,000 species places it among the top 15 countries in the world in terms of avian diversity. Even so, this figure does not do justice to the variety of colorful and striking birds on display across the country. A moderately skilled birder could tick off 100 species in a day at several locations, most notably Lake Naivasha or Baringo. A well-planned two-week itinerary that includes key ornithological sites like Kakamega Forest, Samburu-Buffalo Springs, Mount Kenya, the Rift Valley Lakes, and the coastal forests around Watamu should result in a trip list of at least 350 species, if not more.

Kenya is also home to a diverse range of marine wildlife. The colorful reef fish that live in the reefs off the coasts of Watamu, Malindi, Mombasa, and Diani is a year-round attraction. Dolphins, whale sharks, marine turtles, and manta rays are examples of seasonal marine wildlife.