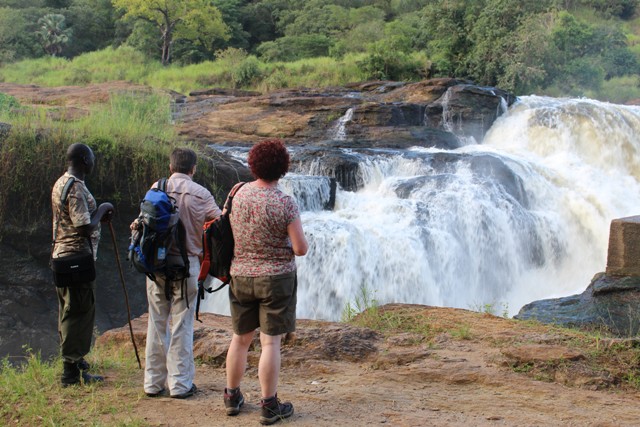 Uganda is home to wildlife safaris with four savannah national parks. This tour to Murchison falls wildlife safari and Rhino trekking will give you a typical African Safari feel. You will visit Ziwa Rhino Sanctuary in Nakasongola and trek the Rhinos. The Rhinos have been re-introduced to Uganda after years of being extinct, however the Rhinos at Ziwa Rhino sanctuary are not the Black Rhinos which were previously in northern Uganda.

The tour will continue to the waters of River Nile being forced through a 7-meter narrow gorge forming the Murchison falls. While in the park – gaze in wonder at the herds of giraffes on your game drive, families of Elephants while on the launch trip to the bottom of the falls, the Nile crocodiles basking in the sun and Schools of Hippos. 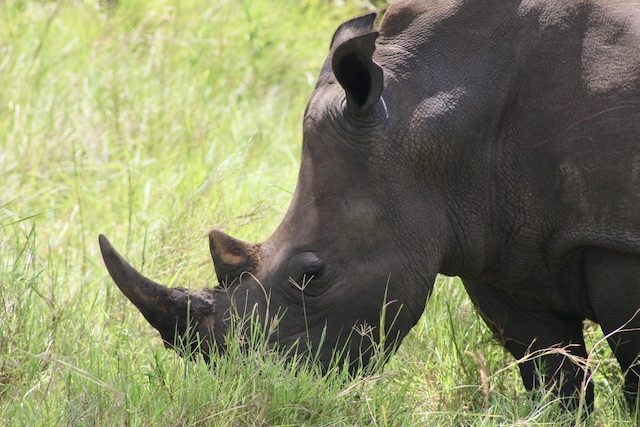 Today we leave early morning for the 3 days Murchison falls wildlife safari in Murchison Falls National Park. The journey is through several villages in Uganda’s countryside in Uganda with green beautiful vegetation and several roadside fruit and vegetable markets.

Our first stopover will be at the Ziwa Rhino sanctuary for Rhino trekking. The trek can take anything from a few minutes to an hour depending on where the Rhinos are located within the sanctuary. You will receive a briefing from the ranger guide and start on your Rhino trek thereafter.

After this experience, you will have lunch and then proceed to the national park where you arrive later that evening. 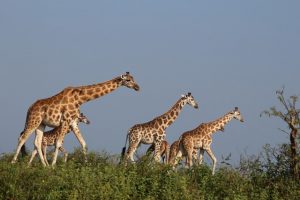 Today early morning after your breakfast, the driver guide will pick you from the lodge and start your game drive exploring Murchison falls national park. The park has different tracks where you are able to drive and enjoy both the vegetation and the variety of animals.

The highlight of this trip is game viewing in our custom made vehicles where you are able to capture your favorite moments of Giraffes as they move through the grasslands, buffaloes, Jacksons Hartebeast, Uganda Kobs, Lions, herds of Buffaloes, fishermen on Lake Albert, Waterbucks,  etc. You will be looking for the remaining Big 4 having seen the Rhinos the previous day at the Ziwa Rhino Sanctuary. The game drive will go on until lunch after which you leave for the boat safari.

In the afternoon take the famed boat Safari on River Nile from where you shall watch different animals along the shore and continue to about ten meters from the bottom of Murchison falls – also known as ‘Devils cauldron”. This 2 hour boat journey is a great way to spend the afternoon enjoying the victoria Nile and the several Hippos and Crocodiles.

We drive to the top of Murchison falls the wide Nile is forced into a 7-meter gap to a thunderous roar – known as the most powerful falls. There is a resident beautiful rainbow formed making a contrast with the crashing water. After the experience, we proceed to Kampala.