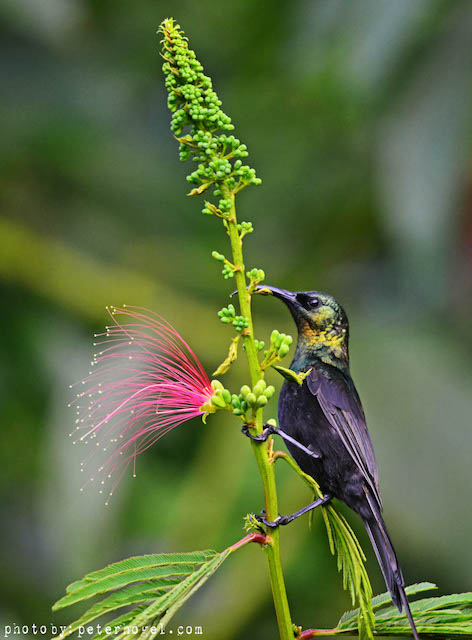 Rwanda’s Albertine Rift, Afro-Montane forests, Savannah grassland plains, swamps, rivers, wetlands and lakes teem with a whopping 750 bird species. During the December to February period, Rwanda becomes a temporary home for the wintering and Palearctic migrant birds. This bird population in a country this small has rendered Rwanda the country with the highest concentration of birds per square kilometer in Africa. The even better news is that a birding safari in Rwanda can be done all year round anytime. There are professional birding guides trained to ease your birding experience. So if you find yourself planning a birding safari or just landed in Rwanda for one, here are the top birding destinations in Rwanda.

The papyrus swamps, floating vegetation and marsh found in Akanyaru Wetland are a habitat to 54 bird species. The species found here are predominantly in marshlands and swamps. The Papyrus Gonolek, Lesser Kestrel, Pallid Harrier and the Madagascar Squacco Heron are some of the must-see birds here. Akanyaru Wetland is located along the Burundi border South of Rwanda.

Volcanoes National Park, though synonymous with Gorilla trekking has more to offer for one exploring the spectacle that Rwanda is. The diverse vegetation that ranges from bamboo to savannah plains harbors over 165 bird species. 17 of these species are endemic to this particular area. The Rwenzori Collared Apalis, Rwenzori Batis and The Strange Weaver are some of the birds to see here. Combining birding with Golden Monkey Trekking or Mountain Gorilla trekking is an idea worth considering while visiting the Volcanoes National Park.

Akagera National Park abounds with wetlands, lakes, acacia woodland and savanna grasslands all of which provide diverse bird habitats. These habitats are home to 525 of the bird species found in Rwanda. In the wetlands you can view the Papyrus Canary, Shoebill, Papyrus Gonolek and Carruther’s Cysticole. The other birds to look out for include the Red Faced Barbet, White Collared Oliverback and Sousa’s Shrike. The park is located in North East of Rwanda about 2 hours drive from Kigali.

The Nyabarongo River is Rwanda’s longest river with a wetland that covers a whole 142.62km. The Madagascar Squacco Heron, Northern Brown Throated Weaver, Carruthers’ Cisticole and the White Winged Scrab Warbler are some of the birds to see at the Nyabarongo River Wetland. The bonus views to enjoy while birding include the Sitatunga Antelopes and Swamp Elephants. The Wetlands are located south east of Rwanda in Kigali.

Kigali is Rwanda’s capital known for its remarkable tidiness and refreshing green cover. A birding experience in Rwanda starts from the time you land at the Kigali Airport. The African Grey Hornbill, Brown Throated Wattle Eye, African Rock Pigeon and Cardinal Woodpecker are the sights that will usher you into this country of a thousand hills. A nature walk through the city and the Kigali Golf Course will get you ticking a great number of birds off your checklist and enjoying the urban birding experience of a lifetime.