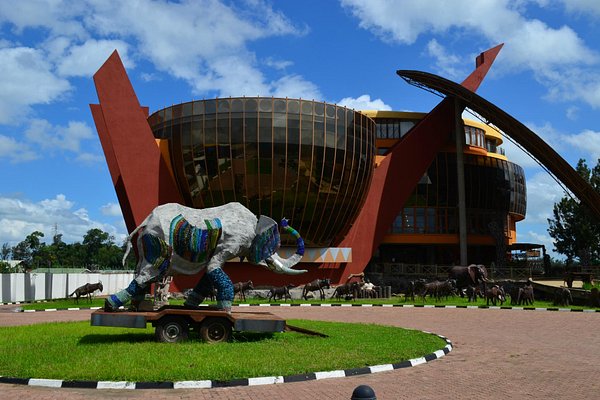 Arusha is one of Tanzania’s largest cities and it is endowed with several tourist attractions. It is the capital of the larger Arusha region and is ideally placed in the country’s north, near some of East Africa’s best national parks. Because of its location at the foot of Mount Meru, the city receives adequate rainfall and remains green all year. It’s no surprise that it’s renowned as Tanzania’s “green city.” Arusha is a multicultural city with a diverse population. It is home to indigenous tribes, Tanzanians of mixed descent (Arab, Swahili, and Indian ancestry), and a substantial white community. The city is small, and the citizens live a more relaxed lifestyle. Arusha also has a significant diplomatic community with a history of hosting UN and African Union missions. The major religious denominations there are Christianity, Islam, and Hinduism.

It is a gateway to various safari locations in Tanzania: to the northeast of the city is Africa’s highest peak, Mount Kilimanjaro. The ever-popular Serengeti National Park, located west of Arusha, is home to a variety of species, including rhinoceros, leopards, lions, giraffes, and many more. it is also home to the Great Wildebeest Migration, which has millions of wildebeests crossing its plains into Kenya’s Masai Mara. In addition, this bustling African metropolis serves as the gateway to the Ngorongoro Crater, Lake Manyara National Park, and Tarangire National Park.

This location has much more to offer than just a launching point for safaris. Arusha has many attractions of its own and is an excellent place to experience Tanzanian life. The city boasts a fantastic party vibe, which may be one of the reasons why it is preferred by a lot of people. Here are some of the best things to do in Arusha;

Arusha is located at the foot of Mount Meru which is Tanzania’s second tallest peak. This mountain takes 3 to 4 days to climb and has a smaller peak than Mount Kilimanjaro. Nonetheless, the hike is both tough and rewarding. Mount Meru can be hiked all year, although it’s advisable to avoid the rainy season if you want to enjoy the hiking experience and beauty. On clear days, you have far-reaching views of Mount Kilimanjaro, which is around 50 miles away and near Moshi town.

Even on the first day of the climb, there are numerous wildlife sightings on Mount Meru. At Momella Lakes via the Momella route ascent and descent, you can witness groups of buffaloes, warthogs, zebras, elephants, hippos, and other creatures while climbing. Furthermore, climbing Mount Meru can be a good acclimatization climb before attempting Mount Kilimanjaro.

Arusha National Park is a fantastic location for people looking for something different. It is the most accessible national park in Arusha Tanzania and is known for its spectacular landscape, which includes volcanic craters and lakes. The park is a 2-hour drive away from the city center. The park’s most visible feature is Mount Meru, but expect to see wildlife such as baboons, buffalo, bushbucks, elephants, giraffes, hippos, and leopards among other animals.

In addition, the Park organizes game drives, horseback riding, mountain climbing, canoeing, biking, and nature walks among others for tourists. Canoeing is primarily done at Momella Lakes: however, the park contains several other alkaline lakes. The two largest are the most popular since they attract the majority of the park’s wildlife. Canoeing in Arusha National Park stands out because it is the finest method to fully appreciate the park’s natural splendor, as well as its animals and birds.

This magnificent volcano can be found in a remote part of Tanzania on the Gregory Rift, just south of Lake Natron. The Maasai call it “Mountain of God,” and its magnificent lava fountains harden mid-air—a true geological anomaly.

Every year, thrill-seeking climbers go to Ol Doinyo Lengai’s erupting hornitos (the brittle rock formations that surround active volcano vents). It’s also the only volcano known to erupt carbonatite, low-temperature lava that looks like oil, travels fast like water, and cools to a whitish powder. Many travelers have prioritized this spectacular volcano on their bucket lists for a variety of reasons, the least of which is its very unique eruptive style. Ol Doinyo Lengai is a beautiful spot for trekking and climbing, and the textured hillsides look otherworldly due to the unusual lava.

Arusha is home to several hot springs that you can visit while here. There are 3 main hot springs – Maji Moto, Kikuletwa and Chemka. The hot springs are open for one to get in and enjoy the crystal clear warm waters. They are supplied by an underground spring that keeps the water fresh. The area enjoys shade from the palm trees surrounding it making for a good relaxation time for visitors. The trip to the hot springs is less than 2 hours – you are advised to carry lunch with you to enjoy the entire day. If you visit on a Friday – you have an opportunity to shop at the weekly Maasai market.

Enjoy the different monuments in Arusha town as you take on a city tour both in car and walking in some areas. End this tour of the city with a visit to the Arusha central market for real life experiences. Learning about the people’s daily life as they shop and also granting you an opportunity to shop depending on your interests. The market has an assortment of goods – household essentials, clothing’s and fabric, food stuffs including an array of spices and a variety of crafts – wood carvings, jewelry, art pieces etc. You will be able to practice your bargaining skills.

However, there are several other activities travellers’ can do in Arusha including;

How to Get to Arusha