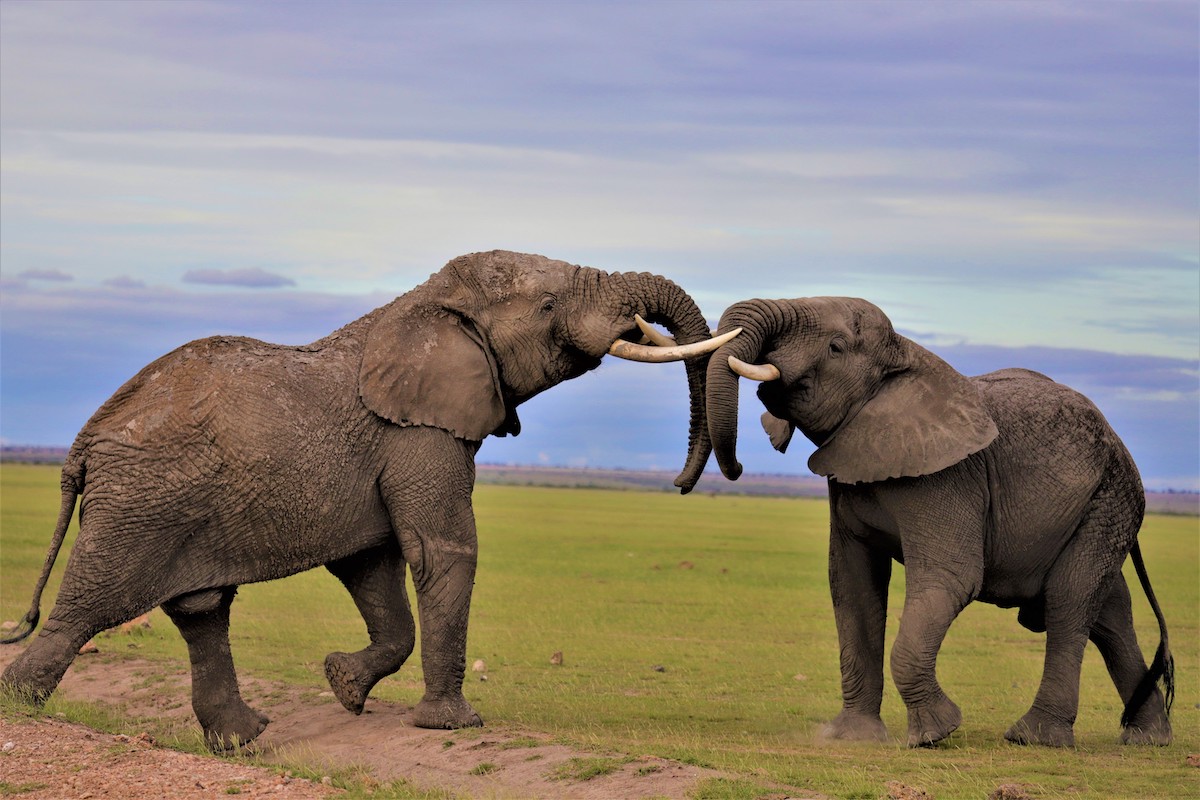 Kenya is by far the most famous safari destination in the world endowed with diverse and natural beauty. The country ranks the 48th world’s largest country at 580,367 square kilometres. In this article we share what we think are Kenya’s top ten safari destinations. If you do not have so much time and budget to visit all, at least choose some of them. They should be included on your Kenya itinerary. Kenya is known for fantastic wildlife safaris, birding safaris, hiking safaris and amazing cultural experiences of the Maasai, Samburu, Turkana and other tribes. Kenya encompasses attractive savannah, riverine forests, the dramatic Great Rift Valley and mountain highlands.

With various National Parks and Reserves, the country offers magical safari experiences to travellers from all round the globe. From the thrilling Wildebeest Migrations in Masai Mara to mesmerizing sights of pink flamingoes on Lake Nakuru, heart-warming cultural experiences in Samburu and the legendary Elephant herds in Amboseli, among others. When it comes to adventure travel, Kenya is the definite destination for that. It is no wonder that it was the first country to introduce the idea of the “African Big Five.” And in case you are wondering, the African Big five include the African Elephants, Buffaloes, Rhinos, Lions and Leopards. Let us look at the top 10 safari destinations in Kenya;

The Masai Mara is Kenya’s top safari destination. It is located in the Southwestern region of Kenya bordering with Tanzania’s Serengeti national park. Popular for its alluring savannah landscape, the Mara is home to Africa’s largest concentration of wildlife. Do you want to see the big cats, large mammals such as elephants, rhinos, and buffaloes, you name it? Masai Mara National Reserve will treat you to all of it. And oh, the dramatic Wildebeest Migration! This is the most iconic escapade in the Mara. Every year between July and October, millions of grazers dominated by mostly wildebeest cross the Mara River from Serengeti National Park in Tanzania in search for lush green pastures and water. The migration is probably the most thrilling sight travellers can experience while on a safari to the reserve. If you are looking for an exquisite safari to Kenya, Masai Mara should definitely be on your bucket list.

Do not miss out on the amazing Maasai cultural experiences, visit a Maasai boma and experience their culture, traditional dances, and maybe food.

Welcome to Kenya’s birding haven. Lake Nakuru National Park is located just a few hours from Nairobi City in Nakuru town. Famous for its flocks of pink flamingos that gather at the lake, the Park is also home to several other bird species to make your birding spree a memorable one. The Park features impressive views of the rift valley escarpment, the expansive Lake Nakuru and sporadic savannah landscape dotted with Euphorbia trees.

Off the unbeaten path, Samburu National Reserve is one of Kenya’s top unique safari destinations located in the arid region of Northern Kenya. The reserve is comprised of rugged vegetation and situated on the banks of River Ewaso Ng’iro near Buffalo Springs National Park. Samburu is fairly small in size but it offers gratifying safari experiences to travellers. Besides the large mammals, the reserve hosts some of Kenya’s rare animal species. In fact, there is the famous “Samburu five” which include; the Somali Ostrich, Gravy Zebras, Reticulated Giraffe, Gerenuk and Beisa Oryx. And for the birders, Samburu hosts over 450 recorded bird species.

The reserve is also occupied by the Samburu people who are traditional nomadic pastoralists. These were attracted to the reserve by the Ewaso Ng’iro river which would provide water for their animals. The Samburu are generally friendly people with an interesting lifestyle. Most of them work as safari guides in the reserve. If you are visiting Samburu National Park, expect to appreciate wildlife, enjoy birding, cultural encounters, exciting camel rides and many others.

Did you know that Nairobi, Kenya’s capital is the only city in the world with a National Park at its entrance? Yes, it is. Located just at the southern end of the city centre, Nairobi National Park boosts a variety of wildlife and birds. The Park has two game viewing options; one on a game drive through the Park and on a safari walk on the canopied bridge. Expect to appreciate nature and immense sights of buffaloes, lions, gazelles, zebras, giraffes, leopards, warthogs and over 400 bird species.

With a combination of a trail through the amazing sites, luxurious hotels and lodges in Nairobi city, visiting Nairobi National Park can be another enthralling experience.

The Territory of elephants! Amboseli National Park is one of Kenya’s popular safari destinations. Positioned in southern Kenya, the Park is famously known for two particular facts. One, the Park hosts the largest herds of elephants and two, Amboseli offers the most astonishing views of Tanzania’s Mt. Kilimanjaro on the horizon. More so, the Park encompasses 5 diverse habitats that often thrill tourists. These include; the dry-bed of Lake Amboseli, savannah, woodlands and the wetlands with sulphur springs. The Park also gives tourists the opportunity to enjoy delightful cultural experiences with the Maasai who reside on the outskirts of the Park.

Tsavo National Park is one of Kenya’s oldest National Park located in the semi-arid area near Voi town in the Taita-Taveta County South-eastern Kenya. The Park covers the largest protected area of about 13,747 square kilometres. Decorated with rocky hills, wetlands, dormant volcanoes, a bed of igneous rocks and natural springs, the Park is commonly referred to as the embodiment of wilderness.

The Park divided into two; Tsavo East which is characterized of mostly savannah and semi-arid grasslands and Tsavo West National Parks which is characterized by mostly mountains and savabbah woodland. Tsavo is home to a variety of wildlife species among which include; a range dust-red elephants, rhinos, buffaloes, lions, leopards, hippos, crocodiles, water bucks, oryxes, gerenuks, lesser kudus, cheetahs, giraffes, and vervet monkeys. Visitors to Tsavo National Park will also be impressed by a variety of bird species (about 500 recorded species) that call the Park home.

This is one of the lesser-known National parks in Kenya but has a lot to offer. Meru National Park is located east of Meru about 350km from Nairobi City. The Park features a massive unspoiled stretch of dry-grassland, rolling hills and riverine habitats that habor the various wild animals and bird species.

Meru offers great sights of reedbucks, gazelles, zebras, giraffes, hartebeests, elephants, lions, leopards, hyenas, cheetahs, hippos, crocodiles and jackals, among others. And as the birdwatchers will be impressed by more than 427 recorded bird species in the Park, the snake fanatics will be happy to know about the pythons, cobras and puff adders, among other species can be encountered in Meru.

Aberdare National Park is also home to over 250 recorded bird species among which include; Sparrow Hawks, Sunbirds, Plovers, and Eagles, among others.

Another famous safari destination in Kenya is its coast. Protected by an offshore coral reef barrier in Mombasa, Kenya’s coastline offers breath-taking beaches and tropical waters with a display of activities such as snorkelling, fishing, swimming, scuba diving and kite surfing among others. Often flooded by groups of families, holiday makers, adventure lovers and honeymooners, Kenya’s coastline offers the perfect getaway safaris in East Africa. With a range of flawless lodges, hotels and Airbnb’s, visitors get to enjoy exquisite safaris in Mombasa.

The most visited places at the coastline include Diani located about 19 kilometres south of Fort Jesus, Mombasa. Diani consists of the destination’s most esteemed beaches, Wasini Island and the Wasini Marine National Park located south of Diani. Diani also offers one of the best snorkelling hubs in Africa.