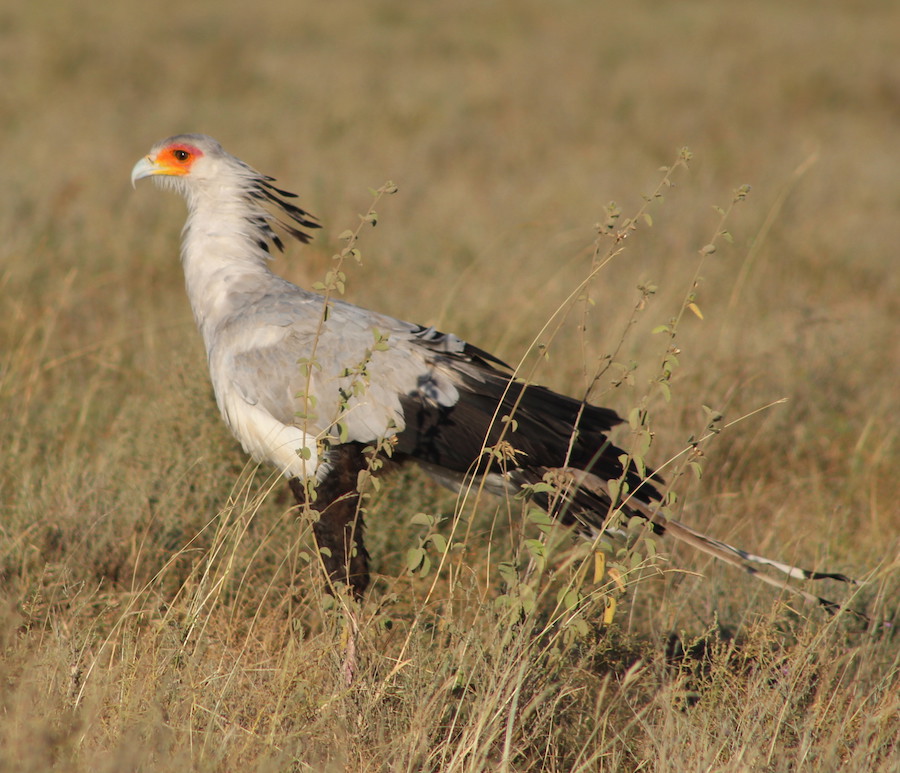 Tanzania is a renowned safari destination with birding safaris among the top reasons people visit Tanzania. It is home to several national parks, game reserves and beaches that offer gratifying wildlife, hiking, cultural and beach experiences. In addition to the wildlife safaris and mountaineering, Tanzania is renowned for birding safaris for both hardcore birding and leisurely birding. It is a great birding paradise with more than 1,100 bird species including over 200 migrants, 800 resident species, 22 endemics (those limited to only Tanzania) and more than 43 near-endemics (those limited to Tanzania and the neighboring countries). It is a true birders haven for anyone looking for a bird watching holiday in East Africa.

Guided by professionals, birding safaris in Tanzania not only offer a sheer density of birds but also plenty of learning experiences about these species and their natural environment. Birding enthusiasts to Tanzania can enjoy birding safaris in all its safari parks and game reserves. The top birding destinations in the country include Serengeti National Reserve, Ngorongoro Conservation Area, Lake Manyara, and Tarangire National Park, among many others as discussed below;

Located in Northern Tanzania, Serengeti National Park is best known for its incredible wildlife safaris, among which include the great annual wildebeest migration. Its remarkable topography of diverse habitats (acacia, woodland, savannah grassland, and riverine forests) not only shelters wild animals but also countless bird species that will impress the birders. The Park boasts of over 500 bird species, including its most iconic species, the Kori bustard, Ostrich, and the African Fish Eagle. More species include; Black-headed Gonolek, the Secretary bird, Southern-ground Hornbill, Ruppell’s vulture, Schawlow’s turaco, African cuckoo, African jacana, Green-backed Woodpecker, African Darter, Rufous-tailed Weaver, pelicans, egrets, and storks, to mention but a few. The endemics in Serengeti include the Fischer’s lovebird, Rufus-tailed weaver, Grey-breasted Spurfowl, and the Usambiro Barbet (endemic to only the Mara-Serengeti area) among others. The near endemics also include the Grey-crested Helmet-Shrike, and Hildebrandt’s Starling.

Lake Manyara National Park is a popular National Park located in Northern Tanzania, just southwest of Arusha. Best known for hosting tree-climbing lions, the Lake Manyara itself is home to millions of Greater and Lesser pink flamingoes that cover the lake’s shores in pink. Lake Manyara National Park comprises grassland, acacia woodland, forests, and montane shrubbery that host over 400 recorded species. Among these include about 51 birds of prey and 28 resident species. The Park however offers different sightings of birds, depending on the season. For instance, the months of October to August are the best time to see flamingoes in Lake Manyara. During August, the birds migrate to Lake Natron to nest and return to Lake Manyara in October. Besides that, Lake Manyara also boasts an assortment of several barbets, pelicans, storks, rollers, herons, owls, kingfishers, fish eagles, bee-eaters, and a range of migratory species.

Tarangire National Park is another popular birding destination in Tanzania. It is known for its massive herds of elephants, among several other wild animals, but the Park is also home to more than 500 recorded bird species. Thus, an excellent birding hub, one of the best in Africa. The Park is home to both resident and migratory birds from all around the globe. A wide range of dry-country species such as the Northern Pied babbler and Vulturine Guinea fowl can also be spotted in Tarangire. More species in Tarangire include the Yellow-collared lovebird, Ashy starling, Red & yellow barbet, Red-bellied Parrot, Tawny eagle, Speckle-fronted weaver, African Grey-flycatcher, Great white pelican, Northern white-crowned shrike, Black-necked Weaver, Pink-breasted, Pygmy falcon, Ostriches, Spurfowls, Kingfishers, Herons, and Hornbills, among others.

Mount Kilimanjaro National Park is one of the most visited parks in Tanzania. It is located in the northern part of the country, just above the gently sloping hills of Kenya’s Amboseli National Park. The Park is home to the highest snow-capped mountain in Africa, Mount Kilimanjaro, from where the Park derives its name. The UNESCO World Heritage Site does not only offer wildlife, cycling, and hiking adventures to travelers but is also a famous birding destination in Tanzania. With its incredible ecosystems, the Park is home to more than 170 bird species both migratory and those endemic to this region. Some of these species include the Grey Hornbill, African Fish Eagles, African Pygmy Kingfisher, Malachite kingfisher, red-capped Robin-chat, White-necked Raven, Black-shouldered kite, Blue-napped mousebird, Gabar Goshawk, Long-tailed Trogon, Schalow’s Turaco, Trumpeter Hornbill, African Emerald Cuckoo, Cinnamon-chested Bee-eater, and African Pitta, to mention but a few.

In conclusion, there are several other safari destinations in Tanzania where birding enthusiasts can go for birding. These include Katavi National Park, Lake Victoria, Lake Natron, Lake Eyasi, Arusha National Park, Lake Tanganyika, the Usambara Mountains, etc. Furthermore, birding in Tanzania can be done all year-round, nonetheless, the best time to go for a birding safari in Tanzania is between November to April. This is the best time to catch sightings of the migratory birds from Europe, Asia, and Northern Africa. More so, the months between November and April are rainy months of the year. And usually, during this time, the resident birds are nesting and breeding.