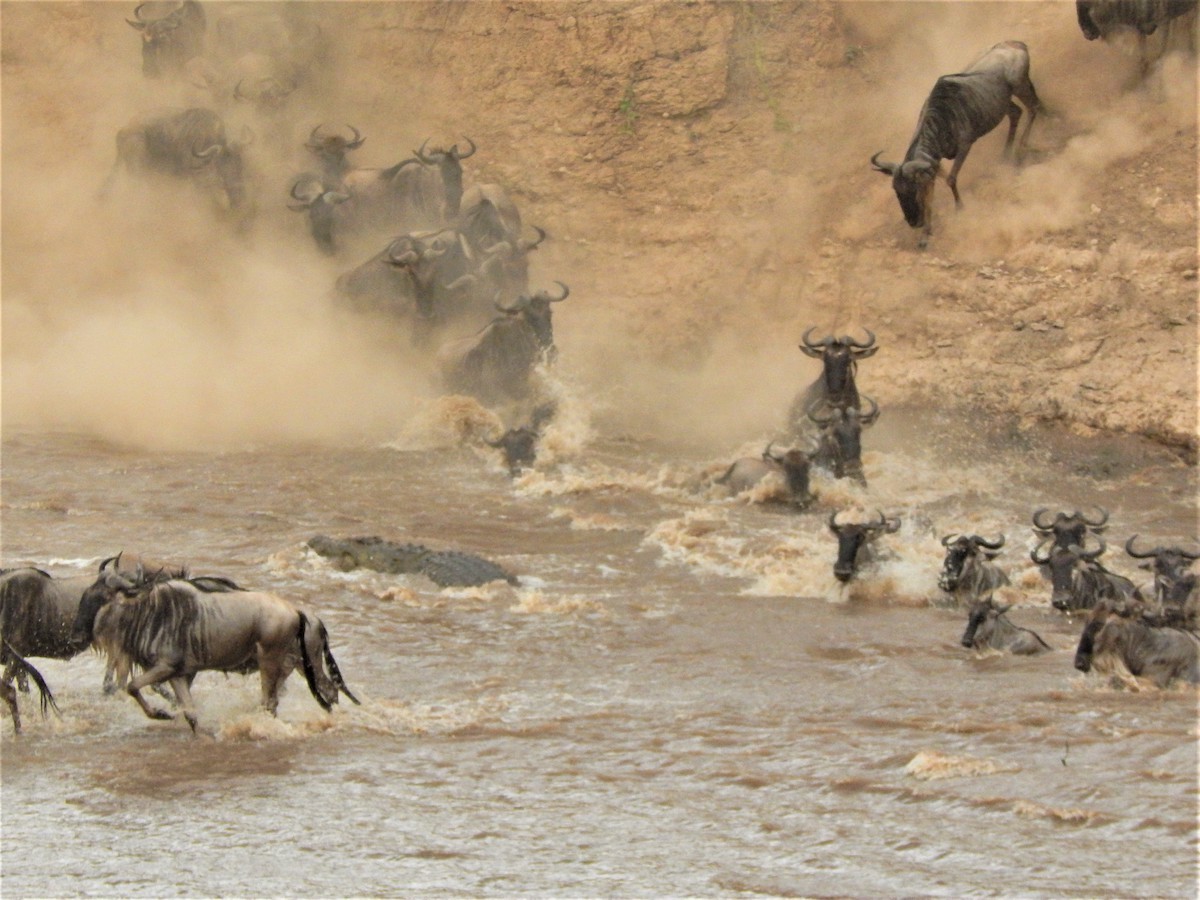 East Africa is a wild kingdom of extraordinary cultures, people, landscapes, and wildlife, all mingled in the world’s most spectacular side of the African continent. East Africa is the birthplace and home of the Africa Safari, where angulates stampede in their millions across the savannah plains. It is endowed with places where visitors can marvel at lions, leopards, cheetahs, hyenas, and wild dogs roaming free in search of their next meal. Furthermore, the overwhelming scenes of abundance, life, death, untamed coexistence, and surprising fragility featuring some of the best safari holiday destinations in Africa.

This list of East Africa’s best safari holiday destinations explores the untamed wonders of Uganda, Kenya, Tanzania, and Rwanda, with stirring wildlife scenes, fascinating human cultures, and incredible landscapes that last forever. Safari destinations that provide exceptional primate trekking experiences in remote montane forests where chimps, and powerful yet gentle silverback male gorillas with their families thrive. To come close to such wildness is to have an experience that will last a lifetime. These popular safari destinations provide numerous opportunities to immerse yourself in East Africa’s everyday elegance, facts, vibrancy, and cultures.

The people, with their warmth, hospitality, and fascinating history, will provide you with many of the most memorable moments of your journey. So, let’s look at the best safari holiday destinations that you should include on your safari holiday to East Africa;

Tanzania’s most famous safari destinations include the Serengeti, Ngorongoro Crater, and Lake Manyara. These are conveniently close to each other on the ‘Northern Safari Circuit and, together with Tarangire, offer some of the best Big 5 game viewing and wildebeest migration safaris in Africa. The Serengeti is Tanzania’s oldest park and arguably the most popular safari destination in Africa. It is home to the biggest wildlife spectacle in the world, The ‘Great Annual Migration’ when millions of wildebeests and zebras migrate through its vast grassland plains and tangled riverine forest to the Mara and back.

South Central Tanzania is less well-known and offers uncrowded game viewing in world-class reserves like Ruaha, Selous, and Katavi. The exotic Mahale Mountains along Lake Tanganyika are fascinating for an off-the-beaten-path experience into the wilderness, with forests full of chimpanzees and glorious clouds of butterflies.

Tanzania is also home to Mount Kilimanjaro, Africa’s highest peak and the only snow-capped mountain in the tropics. Its tropical islands of Pemba and Zanzibar with palm-fringed sandy beaches one of East Africa’s most popular tourist destinations. Zanzibar’s intoxicating aroma of spices, gorgeous beaches, and bustling capital, Stone Town, enchant various travelers. Tanzania works well in conjunction with gorilla trekking, tropical islands such as Zanzibar, and Kenya’s top reserves.

Kenya is an ideal destination for a traditional bush and beach safari holiday. The country boasts the world-famous Masai Mara National Reserve. The open savannah is well-known for the “Great Annual Migration” crossings. The reserve has an excellent year-round concentration of game, making it a top photographers’ and naturalists’ dream. The gentle elephant, buffalo, giraffe, lion, cheetah, migratory wildebeest, and zebra can all be seen on safari in the Mara. Visitors frequently spot leopards, endangered black rhinos hiding in dense thickets, and large rafts of hippos and enormous crocodiles in the Mara River. Birders will not be disappointed with more than 450 recorded bird species.

Other destinations in Kenya include the stunning Lake Nakuru National Park which not only harbors millions of pink flamingoes but a variety of rhinos and other wildlife. Its Amboseli National Park offers the most thrilling close-ups with large elephant herds and vistas of Tanzania’s Mount Kilimanjaro – Africa’s tallest mountain. There is also Mount Kenya, which offers the most challenging, yet exhilarating summit hikes in east Africa. Furthermore, Kenya’s Tsavo East and Tsavo West National Parks are rare wilderness encounters of the rarest wildlife species such as the gerenuk, and fringe-eared oryx, among others.

Kenya’s coast is also a famous destination for beach safari holidays. Its tranquil beaches are the ideal way to end a safari holiday. Many travelers prefer to soak up the sun and chill out at the beach, be it Diani, Watamu, or Malindi. Kenya’s extraordinary diversity and the number of attractions are enough to keep independent travelers busy for a two-month trip and several shorter ones.

Uganda, the Pearl of Africa is not called that for no reason. Uganda’s Bwindi Impenetrable Forest National Park is home to the largest population of endangered mountain gorillas. And the gorilla population is increasing, thanks to the ground-breaking collaboration between local communities, national parks, and tourists who trek to see them. Uganda offers the best gorilla trekking experiences in Africa. The experience provides one of Africa’s most unique and unforgettable encounters with wild gorillas in their natural habitat. With no fences or interference other than gentle acclimatization to human presence in the rainforest.

But that’s not all about this landlocked country. Uganda is also a popular birding destination, with over 1,060 recorded species, including exotic migrants and a plethora of resident species. It also offers the best on-foot chimp encounters in Africa at Kibale Forest National Park, as well as other tropical forests such as Budongo and Kalinzu. These enthralling primate encounters can be combined with big game safaris in Murchison Falls, Queen Elizabeth National Park, and Kidepo Valley National Parks – Uganda’s top National Parks.

When it comes to an East African safari, Rwanda punches above its weight. Rwanda is one of three countries in Africa where gorilla trekking is done, besides Uganda and DR. Congo. Fly into Kigali and you’ll be in the emerald world of Volcanoes National Park, the rainforest home to several mountain gorilla families, in a matter of hours.

Allow at least four days to fully appreciate Volcanoes National Park. This is without a doubt one of the most popular safari destinations in East Africa, and those who stay will be rewarded. The park also features enchanting nature trails, approximately 180 bird species, and a variety of other rarely seen resident animals such as buffalo, elephants, bushpigs, giant forest hogs, and several antelope species. Rwandan gorilla trekking complements safaris in Tanzania and Kenya, as well as tropical islands such as Zanzibar.

Beyond the gorillas in Rwanda, you can visit the Nyungwe national park which is home to the chimpanzees, colobus monkeys and several nature trails in the forest. And Akagera national park  which can be combined with a visit to the primate world. Remember to visit a museum, coffee experience and the genocide memorial.

When to Go & Where to go

East Africa can be visited throughout the year. But to avoid rain-soaked beaches and savannahs where everything went wrong, you must be in the right place at the right time. East Africa has no single best time to visit, but there are rainy and dry seasons.

Each has its advantages, and each destination has its best times, not least in the Masai Mara/Serengeti, which hosts the seasonally driven wildebeest migration. If you’ve already decided when you’ll go on safari, it’s time to decide where you’ll go. You can better plan your safari by understanding East Africa’s seasonal trends. Below is a guide to the best time to visit East Africa;

National Park of Tarangire. Tarangire, though smaller and less visited than the Serengeti and Ngorongoro Crater, comes into its own from July to November, when massive herds of animals flock to the life-giving Tarangire River. The elephant viewing is spectacular, and your chances of seeing Africa’s top predators in action are excellent.