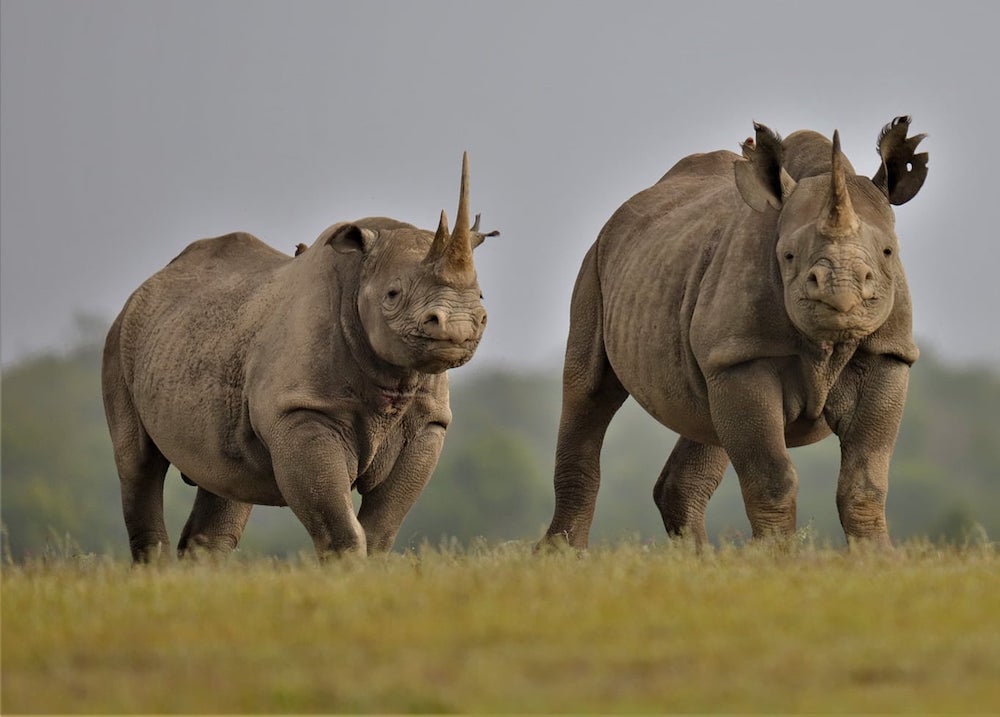 Kenya is in the top best safari destinations to see rhinos in Africa. It is home to both black and white rhinos, including the world’s only two remaining northern white rhinos. Kenya had at least 20,000 black rhinos but currently the numbers are less than 300 in the previous two decades. However, the black rhino population is rapidly recovering as a result of increasing conservation efforts, and there are presently over 600 black rhinos in Kenya. Here are the best sites in Kenya to see rhinos;

The Conservancy offers the most activities of any Kenyan park or conservancy, including game drives, lion trekking, horseback riding, cycling, community visits, and mountain biking among others.  Furthermore, Ol Pejeta runs a community development initiative and provides financing to local communities for education, water, and infrastructure.

Lake Nakuru National Park, Kenya’s first rhino sanctuary, is surrounded by woody and bushy meadows and the magnificence of a grey-green forest of euphorbia candelabrum. The Park provides sanctuary to some of the world’s most endangered wildlife, including both white and black rhinos.

With its alkaline lake, the Park is also home to large herds of pink flamingos. Originally developed as a bird sanctuary, Lake Nakuru National Park now has a rich animal fauna that includes some of Kenya’s most endangered species, including the rare Rothchild’s giraffe and the endangered black and white rhino.

The Mara is one of the world’s best wildernesses. The reserve provides excellent opportunities to see rhinos and other wildlife, including the great wildebeest migration. The migration occurs every year in July/August when over 1.5 million wildebeests, along with large numbers of Zebras and Thompson’s gazelle, migrate from Tanzania’s Serengeti plains to the Masai Mara in search of fresh pastures before returning in October. During the migration, you have the opportunity to watch lions, and cheetahs among other predators hunting.

At any given time, there are between 35 and 50 black rhinos in the Masai Mara (many traverses into the Serengeti as well). Many of these are best sighted while at Sala’s camp, along the Sand River. Sala’s camp is situated on the outskirts of a dedicated black rhino sanctuary in the remote southern Masai Mara. While in the Mara, travelers are often fortunate to encounter black rhinos on roughly 30% of the game drives.

Tsavo national park is Kenya’s largest conservation area, covering an area of 21,812 square kilometres. The area consists of two protected areas separated by only a road (Nairobi – Mombasa Route) that is; Tsavo East and Tsavo West. The Parks protect a significant population of wildlife, including the Big Five, but the parks are not as populated as Maasai Mara national reserve and Amboseli national park. Nevertheless, Tsavo National Park is famed for its species such as wild dogs, lions, elephants, cape buffaloes, rhinos, and leopards, among others.

The Lewa Wildlife Conservancy is located in northern Kenya in Meru County, south of Isiolo and north of Mount Kenya. It was established in 1995 and it includes the Ngare Ndare Forest, which spans over 62,000 acres. The Conservancy is home to a diverse range of animals, including rare and endangered black rhinos, sitatungas, and Grevy’s zebras.  It also covers four of the other big five (lions, leopards, elephants, and Cape buffaloes). Lewa is home to approximately 10% of Kenya’s black rhino population and 15% of the country’s southern white rhino population. After Ol Pejeta Conservancy, it is one of the greatest places in Kenya to see rhinos.

The Conservancy also houses the Northern Rangelands Trust. This is an innovative collaboration with several northern communities that have donated land for wildlife preservation. Lewa also has an education program that assists in the development of schools and students.

Kenya Safaris where you can see Rhinos