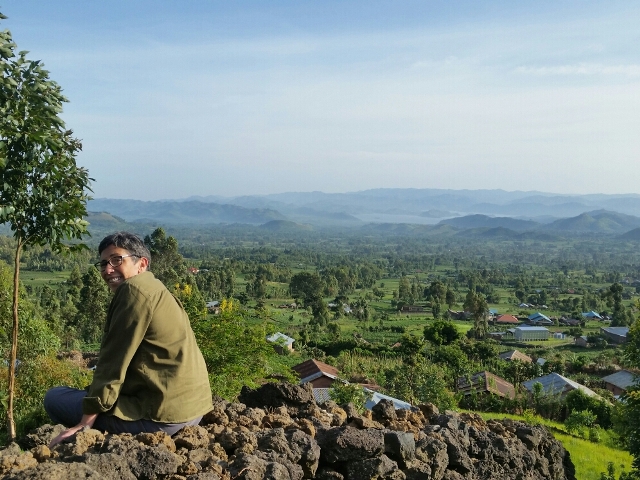 The wonder filled town of Kisoro is where Mgahinga Gorilla National Park stands amidst the grandeur of three of the Virunga Volcanoes. The Park is a cocktail of rain and bamboo forests, golden monkeys, silverbacks and deservedly described as the place where Gold meets Silver. You may access the park by road or by air from Entebbe to the Kisoro airstrip. Bordered to the south by Rwanda and to the west by the Democratic Republic of Congo, Mgahinga Gorilla National Park presents a silent invitation to explore beyond these borders. Its location is also conveniently placed to suit one driving in from Rwanda or heading there after an excursion at the Park. In the midst of the scenic sights and adventurous activities at Mgahinga, Kagera Safaris picks out the top 5 things to do in Mgahinga Gorilla National Park.

There is something in the landscape of Mgahinga Gorilla National Park that your eyes will not miss; Volcanoes, a whole three volcanoes! They form part of the Virunga Ranges found in Rwanda, Democratic republic of Congo as well as Uganda. For each name given to these mountains is a literal translation: Sabinyo to mean Old man’s teeth, Gahinga to mean Pile of stones and Muhavura means a guide. Mount Muhavura is the highest of them all with the advantage of seeing the other Virunga Mountains from its peak. It can be seen from as far as Kisoro town and is justifiably called the guide given how it leads one to the rest of the mountains in the ranges. Mount Sabinyo is a gateway to Rwanda and the DRC while in Uganda; at its peak you are geographically standing in Rwanda, Uganda and The DRC at the same time! The way to the summit of Sabinyo is filled with mushy vegetation whose uncomfortable impact can be reduced by dressing appropriately in waterproof hiking boots. Climbing up Mount Gahinga on the other hand requires a hike through a bamboo forest. All three of these mountains can be climbed in a day each up to their summits as long as you are in good physical shape.

Mgahinga Gorilla National Park is home to some of the world’s endangered mountain gorillas making gorilla trekking a must do activity while at the park. The trek commences at about 8am and lasts 2 to 4 hours, which durationis mostly dependent on the location of the gorillas or how far they moved in their search for food. There are a few guidelines to keep in mind before you go gorilla trekking which you will be acquainted with at the orientation but we picked a few to keep in mind before then. Gorillas can catch human diseases so if you have a cold or other infectious diseases, it is wise that you save the adventure for after your recovery. If you have to ease yourself while gorilla trekking, all waste must be buried 30cm deep. Flash photography should not be used and all trekkers should be at least 15 years of age. Only 8 people per trekking group are allowed. Depending on how far the gorillas moved, your reward for the trek maybe a silverback out of the 5 in the one family of Gorillas found in the park. This ought to remind you that by trekking you have a chance to see the gorillas but it is not a guaranteed that you will see them.

You can shoot two birds with one stone by using your gorilla trekking experience to simultaneously trek golden monkeys. These primates are small and fast which makes golden monkey trekking a rather active adventure. The activity takes about 4 hours per session during which you are allowed the opportunity to view, take photos of the primates before heading back to your lodge or camp. The habituated family of these monkeys is about 6 in number and they have due to the habituation process grown fond and less evasive of human presence in their sanctuary. The route you take to find the monkeys may be akin to that which they tread looking for young bamboo branches; a hike through the bamboo forest. Remember to carry your Camera to freeze your golden monkey adventure memories, binoculars for spontaneous birding, appropriate hiking gear like waterproof hiking boots, gloves, a long sleeved shirt and a rain poncho and you will be good to go.

Before the area on which mgahinga gorilla national park was set aside for the purpose of being a gorilla national park, the Batwa or African pygmies lived and thrived in these forests and mountains as hunter gatherers. They were later displaced but some of them still live around the park to participate in the tourism industry as porters and guides. They are also entitled to a portion of the tourism proceeds and a tip for their guide services will be welcome. A Batwa trail experience is an activity that takes you through their history and transition over time. The Garama Cave, a very sacred piece of Batwa history is a good place to start. It is in this cave that they were able to hide from Bantu invasion many years back. The ease with which they bustle through the forest and glide uphill is awe striking and a reminder that east or west, home is best to the Batwa.