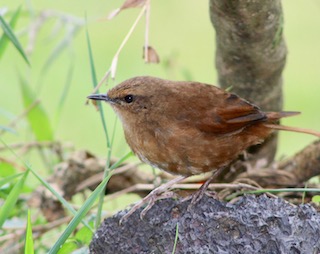 On arrival at Entebbe international airport, you will be received by a representative of Kagera Safaris and transferred to your hotel in Entebbe. Depending on time of arrival time you have an opportunity to bird the Entebbe botanical gardens as an introduction to Uganda birding for a variety of species. 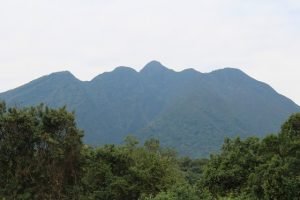 Today, after an early breakfast we will bird to the south western corner of Uganda for a beautiful birding experience in Mgahinga Gorilla National Park. Mgahinga Gorilla NP is the country’ most scenic and smallest Park.

We shall have several stopovers birding in specific swampy areas and agricultural lands for unique bird species. We arrive at our lodge/hotel later that evening looking to full bird day the next day in Mgahinga gorilla national park for the Albertine rift endemics. 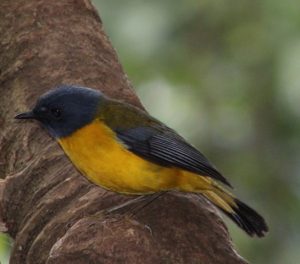 Mgahinga gorilla national park has about 180 recorded bird species, which include Albertine rift endemics. Today we traverse a variety of montane habitats along the Gorge trail seeking out the different bird species unique to this region.

Bwindi Impenetrable is the richest forest in East Africa in relation to its trees, butterflies and birds. It is home to over 360 Mountain Gorillas – half of the world’s population. The bird list for the park currently totals 347 species. The forest has 10 of the 26 globally threatened species in Uganda, five of which are vulnerable and boasts of 24 of Uganda’s 25 Albertine Rift endemics.

We will have stopovers at Echuya forest for good birding opportunities and possible sightings of Albertine rift endemics.

Today we bird towards Mubwindi Swamp where the trail drops steeply through the dense forest and then winds through swampy forest. Initially the birds on the trail are similar like those encountered before but more time spent will provide opportunities for the rare and localized African Green Broadbill now known as Grauers Broadbill. It prefers to nest near the Mubwindi Swamp and can be difficult to locate while on this trip but with excellent site guides there are high chances of locating it.

Today morning after an early breakfast together with packed lunch, your driver guide will transfer you to the starting point where you will receive a briefing from the park ranger guide on how to prepare for the gorilla trek. Your ranger guide will lead the way in the forest first on well cleared paths but soon you get off to the bushes and thickets where he will help to clear them with a cycle he carries with him. Soon you will be in sight of these enormous creatures.

This day, we start early after breakfast, carry packed lunch and bird toward Rwenzori Mountains National Park. We drive through Queen Elizabeth national park therefore having many opportunities for birding stops even before reaching our destination for the night. Look out for the tree climbing lions in Ishasha, there is a possibility of sighting these while driving through Ishasha towards Rwenzori mountains national park.

Today morning, we bird our way to Semuliki national park for a range of central African bird species found only here in East Africa. We will have birding stopovers en route to our accommodation for the night where we arrive later that evening ready to explore this park.

This marks the end of your Uganda safari for Albertine Rift endemics. We hope you had an amazing time watching the birds of Uganda and enjoying the scenery and people of this country including the fresh organic fruits and foods. We hope to visit again to explore other areas of the country you were not able to visit on this trip. Bon Voyage!