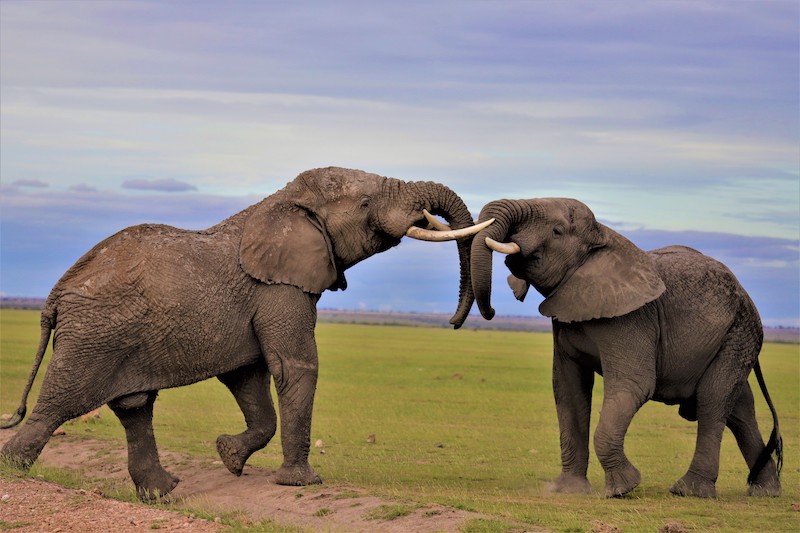 Kenya is one of the best safari destinations in Africa with various national parks, game reserves, mountains, beaches and rich culture etc. This East African country offers plenty of safari activities including the popular safari game drives which are the best way to explore Africa’s game life in national parks. The word “game” originally means hunting some of the most dangerous and rare animals in Africa and it applied to animals like lions, elephants, rhinos, and buffaloes. However, a safari game drive in Africa today simply means wandering the protected areas in peaceful search for wild animals. Safari game drives in Kenya are filled with electrifying wildlife sightings, in addition to magical scenery and dramatic views. They are conducted in the comfort of 4WD custom-built safari vehicles and the company of professional and experienced safari guides. The vehicles are open-roof to allow tourists uninterrupted panoramas of the wild and are comfortable for travelers.

Game drives in Kenya are often conducted during the cooler times of the day when wildlife is most active i.e. early mornings, late afternoons and night. The early morning game drive often starts at 6 am or 6:30 am at sunrise with a cup of coffee or tea before heading into the wild. Travelers are advised to have something warm like a fleece which they can put off later. With magnificent orange-tinged sunrises, abundant sights of wild animals, and the cool morning breeze, morning game drives are the most rewarding. Generally this time of the day, all wild animals are active; the nocturnal animals are busy hunting, and others are on their way back to their shelter, whereas the early risers (grazers) have just begun their day. Morning game drives usually end at around 10:00 am as the day is becoming hot, then the clients head back to the lodge/camp.

The afternoon game drives on the other hand, usually start late in the afternoon about 4pm after tourists have had their lunch and relaxed. During this time, most of the wild animals concentrate on areas around water sources to quench their thirst and cool off too. More so, this is the best time to catch sight of several animal species in one place. Besides that, you will be treated to beautiful African sunsets and lovely scenery in the company of a sundowner drink and snack. Afternoon game drives end at around 6 pm, after which tourists head back to their lodge/camp for dinner.

Night game drives in Kenya are not offered in all national parks, but in a few with private reserves and conservancies for example Masai Mara National Reserve, Samburu National Park, and Lake Nakuru National Park. They generally start after dinner between 7 pm to 8 pm and offer exceptional experiences of Africa’s nocturnal animals and birds. They are conducted under close supervision of an experienced armed game ranger and use of spotlight torches. While discovering Africa’s wilderness at night, tourists should expect electrifying views of civet cats, bush babies, genets, and porcupines among other nocturnals. Furthermore, travelers are most likely to encounter predators such as lions, leopards, spotted hyenas, and wild dogs actively hunting their prey. During the night, hippos also come out of the water for feeding. Spotting animals on a night game drive can sometimes be difficult, however, once spotted, it can be an awesome experience.

An average safari game drive in Kenya is designed to last between 2 to 5 hours depending on where you are and what you encounter in the wild. Nonetheless, night game drives are the shortest and they last about two hours. Some destinations offer full-day game drives which can take up to 8 hours. In this case, tourists are expected to either have an early breakfast or bring a packed breakfast and lunch.

Safari game drives are often categorized into two that is self-drive and guided game drives. Self-drive game drives do not include the guidance of a ranger or driver-guide. Here, tourists drive themselves and explore the wild by themselves in the comfort of their vehicles. However, a map is provided at the entrance of the Park for easy navigation. Guided game drives on the other hand are supervised by professional and experienced guides that are familiar with the destination. They can be conducted in groups or privately and are the most preferred. This is because they provide a full experience of learning more about wild animals and their natural habitat.

In conclusion, game drives in Kenya can be done at any given time, throughout the year. However, the best time to enjoy a game drive in the Mara is between June to October during the time of the great annual wildebeest migration. Every year from June to October, over million grazers including wildebeests, gazelles, zebras, and antelopes migrate from Tanzania’s Serengeti National Park to Masai Mara in search of greener pastures and water. During the migration, these animals face several challenges including crossing rivers filled with crocodiles and being attacked by predators which tail them throughout their entire journey.

Furthermore, the months between July to October are drier months of the year when the vegetation in the Parks is shorter hence better views of wildlife. Also, the game tracking trails are less muddy and slippery thus accessible for travelers.